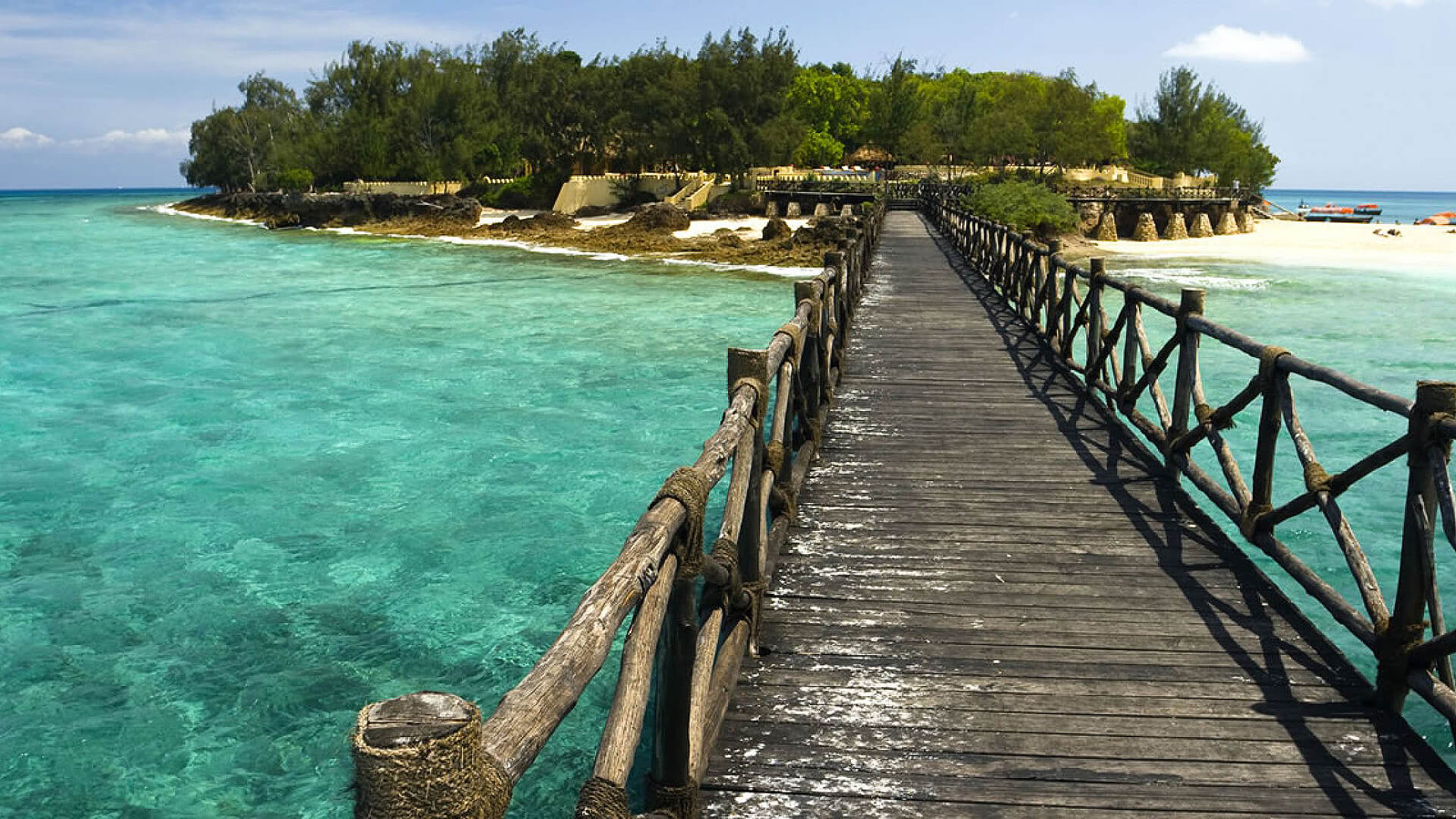 Changuu Island (Prison Island), just off the coast of Stone Town, can be reached by a 30 minute boat ride from Stone Town. Boats will dock on a sandy white beach where you will have to ascend wooden stairs to reach a raised wooden walkway that will lead you to the island’s attractions.Prison Island was uninhabited until the 1860s when the first Sultan of Zanzibar,

Majid bin Said, gifted it to two Arabs who used it as a prison for rebellious slaves. In 1890 Zanzibar became a British protectorate and Changuu Island was purchased in 1893 on behalf of the the Zanzibar government with the intention of building a prison on it. The prison was completed in 1894, but never housed any prisoners. In 1923 the old prison was converted into a hospital to serve quarantined patients from Stone Town. Nowadays the ruins with its dramatic views of the ocean is a popular tourist attraction.

A short walk from the prison ruins you will find the tortoise sanctuary where visitors are able to observe and feed the tortoises. These Aldabra giant tortoises are the decedents of the four gifted by the Seychelles in 1919.

The Prison Island Tour is a half day excursion and can be combined with other half day tours. Contact us for Zanzibar day tours and Zanzibar tour prices.